It was as hot a day here in my part of the F-L-A as I can remember. And I’ve seen a lot (aka a half century) of hot days in my native state. The city pool where I take my water fitness classes was busy to capacity, as is typical for a summer morning. Swimming lessons, lap swimmers, retirees getting some sun. About halfway through my fitness class, a group of kids in a city-sponsored summer camp arrived; you could hear them before you saw them. They were excited, and rightly so, about having a chance to goof off and cool off. On this particular day, my aqua fitness class wasn’t crowded, so there was room in the shallow end of the pool for other swimmers. The summer camp kids soon started a spirited but orderly game of Marco Polo; they policed themselves, watching to make sure they didn’t interfere with our class and only got asked not to run and jump by the lifeguards a handful of times. A couple of the girls copied our Zumba moves, dissolving into giggles when they missed a step.

After class was over, I went to the side of the pool and continued stretching, trying to extend my time in the cool water because it is hotter than the surface of the sun here in Florida right now. Two of the Marco Polo players were standing on the steps; I smiled at them and asked if they were having fun. Thus began a delightful conversation during which I was asked how old I was (they guessed 25; I immediately made them my two favorite people in the world), did I have any kids, what my favorite sandwich was and did I want to come play Marco Polo with them?

I’ve been thinking about them a lot over the past two days, in light of the police shootings of Philando Castile and Alton Sterling. About how charming our conversation was. About how we all felt comfortable chatting – a middle-aged white woman and two black kiddos.  About what their future will look like in this society under these conditions. About how that scares me to tears.

For a long time, I observed. As a child, I listened as older relatives matter-of-factly showed their bigotry, whispering the words “negro” or “black” in the manner one does when one is discussing something distasteful. This was the post-Civil Rights Act South with pre-Civil Rights Act Southerners. My kin were good people, raised in a different time. I don’t know if that excuses their attitudes but being only a generation or two removed from the Antebellum South, I’m not sure there was room or opportunity for alternate thought.

As a young adult, I heard tell of the time my parents were driving the back roads of north Florida and came across a Ku Klux Klan rally in an open field. Hooded figures. Lighted torches. They didn’t stop or play lookey-loo to gather more information, to make sure that what they thought they were seeing was real. The smart decision. This was the early ‘60s. One hundred years after the Civil War. So much had transpired. So little had changed.

Apologies if this sounds awkward. I’m not sure how to say what I want to say. But I’m trying. Because I think it’s important. And in some small way, I want to help. It does feel a bit presumptuous commenting on this because it’s not something I’ve experienced first hand. Not sure it's my place to say my piece.

But. My heart hurts every time I see a hashtag roll by that signifies another black life has been taken at the hand of law enforcement in a questionable situation. It’s all very wash/rinse/repeat: he should have listened; he was wearing clothes (like a hoodie) that raised suspicions; most police officers are good people; he had a record. Evidence is discovered; eyewitness accounts are taken; questions are raised about both. The adage about shooting first and asking questions later is both antiquated and offensive. And yes, there are so many brave women and men in law enforcement who have lost their lives in the line of duty. We mourn for them; we are better for their heroism. But wanting those who serve and protect to be held to accountable standards is not mutually exclusive from that. Both can and should exist together.

This issue of race and bigotry is much broader than police shootings. What happened to Philando Castile and Alton Sterling is part of a bigger problem. Which has existed for centuries. This hot button is not symbolic of a racism revival – I think it’s more currently visible because our means of communication has multiplied greatly in this age of technology. What might or might not be covered hours or days after it happened on a TV news broadcast 30 years ago is now viewed in real time across many platforms. I personally do not get my news from traditional mediums – Twitter gives it to me via both acknowledged news source accounts and by people who give eyewitness reports in 140 characters. Sometimes I feel like I know about events almost before they happen.

Those 140 tweet characters can also show you the nature of someone’s character, of his or her belief system. Racial slurs. Religious bigotry. Sexism to the nth power. Homophobia. It’s amazing how much vitriol can be packed into such a small space. It’s also amazing how much empowerment, protest and support can also fit into those 140 characters. Social media is many things for many people. But for all of us, it’s the stethoscope for the pulse of society.

I put myself on social media time-out the other day for breaking some of my personal rules: reading comments on news articles (talk about something that will raise your blood pressure); discussing religion and politics in an open forum; beating myself up for breaking my rules. But after learning about Philando Castile and Alton Sterling, I lifted that time-out rule and took to writing. It’s all become too much. More often than not, when you catch up on current events, *something* has happened. A white college man rapes a woman and his excuse is that he drank too much while she is victim-shamed for the exact same thing. A nightclub frequented by members of the LGBTQ community is decimated by a shooter with an assault firearm. I could go on and on. Suffice it to say, enough is enough. For me. It should be for all of us. I am tired of biting my tongue in polite company when the conversation takes an offensive tone. I love my country deeply, fiercely, passionately -- but there are things that need to be fixed in its society. It's tough love time.

The worth of a life should not be evaluated based on skin color.

The color of one’s skin does not make one automatically a better person or a lesser person.

There’s a phrase from Hamilton that resonates deeply with me:
Talk less; smile more.

This concept would seem to be very applicable when trying to bridge a divide. Talking less opens you up to listening. Never a bad thing. And a smile is the easiest way to break the ice.

It’s what I did with my young friends at the pool. And look what happened there.

We hold these Truths to be self-evident, that all Men are created equal, that they are endowed, by their CREATOR, with certain unalienable Rights, that among these are Life, Liberty, and the Pursuit of Happiness. 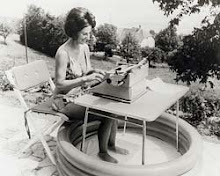 janey jay
Trying to save the world and my sanity one post at a time.

who's keeping an eye on me 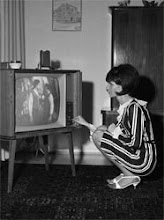 what makes me tick

The Will Chronicles: Tales of what it's like to give birth to a 25-week micropreemie.

You' ll laugh. You'll cry. It's better than Cats.

great things someone else said

Hope in the face of difficulty, hope in the face of uncertainty. the audacity of hope: In the end, that is God's greatest gift to us, the bedrock of this nation, a belief in things not seen, a belief that there are better days ahead.
~ President Barack Obama
What I really wanted was to have a job like Darrin Stephens on 'Bewitched', where you could be creative all the time.
~ Edie Brickell

If music be the food of love, play on,
Give me excess of it; that surfeiting,
The appetite may sicken, and so die.
~ William Shakespeare, Twelfth Night

Lipstick traces on cigarettes can get you in trouble or remind you of the wonders of the night before.
~ Bob Dylan

Normal is a cycle on a washing machine.
~ Emmylou Harris

Words are, of course, the most powerful drug used by mankind.
~ Rudyard Kipling

I'm a writer. I don't cook and I don't clean.
~ Dorothy West

Take me or leave me; or, as is the usual order of things, both.
~ Dorothy Parker

Does feminist mean large unpleasant person who'll shout at you or someone who believes women are human beings. To me it's the latter, so I sign up.
~ Margaret Atwood

Music is the real place where democracy lives -- every note is equal.
~ Vince Gill at the 2008 Grammy Awards

What's the use of naturally curly hair if no one's jealous?
~ Frieda, from the Peanuts comic strip

What is passion? It is surely the becoming of a person.
~ John Boorman

The waste basket is a writer's best friend.
~ Isaac Singer

If your house is really a mess and a stranger comes to the door, greet him with, "Who could have done this? We have no enemies."
~ Phyllis Diller

Getting older, I think you just have to accept that we are all just big goobers.
~ Reese Witherspoon 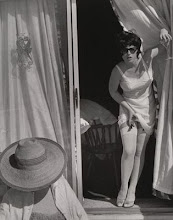 what i'm blathering about